I frequently find myself drawn to the book of Esther in the Bible. Here was an amazing woman. The book intrigues me on so many levels. Did you know Esther is the only book in the Bible that doesn’t mention God by name? But I wanted to focus on Esther’s character. I think there are some communication lessons we can take from her.

Take Counsel. When we meet Esther, she is whisked away to the king’s palace as a possible candidate for queen. Her cousin and guardian, Mordecai, had instructed her not to tell anyone of her heritage. She listened to his counsel. It’s important to surround yourself with people you can trust to provide you guidance. Discernment in selecting counsel is important. This person should have your same values. An advisor with an ulterior agenda will not help you reach your goal. This person should be able to disengage emotionally to see the big picture and what’s best for you. Most importantly, they should be honest and not afraid to tell you how it really is.

Realize when you aren’t the expert. When Esther prepared to meet the king for the first time, she iwa permitted to bring anything with her that she thinks will win his favor. Instead of assuming she knew what was best, the story specifically states that she only took what the king’s eunuch advised her to take. Esther had never met a king before. She was also from a different culture. She had no grounds to know what was best in the situation. Often leaders think they need all the answers; instead, a good leader knows where to find the answer and whose advise to trust.

Seek to Understand. Esther learned that her uncle is clothed in sackcloth and ashes (the appropriate mourning ensemble). Esther purposefully made an effort to understand the situation and why her uncle is dressed this way. Often when we see an outcome, we assume the cause. Instead, it is important to take the time to seek to understand what the situation is so we can have the right response. 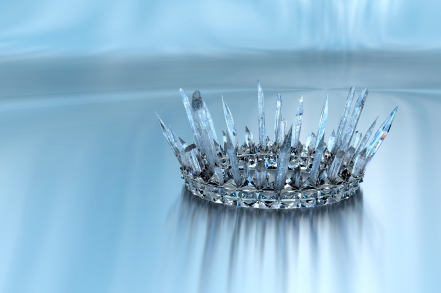 Have Good Timing. Oh, so many things are involved in good timing! When Esther learned of the looming genocide of her people, she was forced to see the king without permission (punishable by death). He found favor with her and immediately asked her what she wants, promising to grant any request. Rather than laying it on the line there, which would be an emotional response, she requested that the king and Haman (the antagonist) come to dinner. Having good timing is an art. It’s removing the emotional reaction you want to have and replacing it with a planned approach. It’s understanding all the players involved and essentially entering the situation with a little strategy. That’s why marriage books always recommend not laying critical issues on your spouse when they get home from work. They are hungry, worn out, and will most likely give a less than ideal response.

Powerful Communication. Choosing words is a critical part of communication. I love how Esther phrases her request to the king when asking for his mercy on her people: “If I have met with your approval, O king, and if the king is so inclined, grant me my life as my request, and my people as my petition.” The king had no idea what had been going on, so her inevitably her words had huge impact. Timing and word choice are a vehicle to help you drive the response you are after.

Jana Axline is president and leadership coach at Axline Solutions and author of Becoming You. Through her leadership musings she inspires audiences to grow as leaders and ultimately achieve who they were created to be. For more information visit Axline Solutions.

One thought on “What I Learned from a Queen”